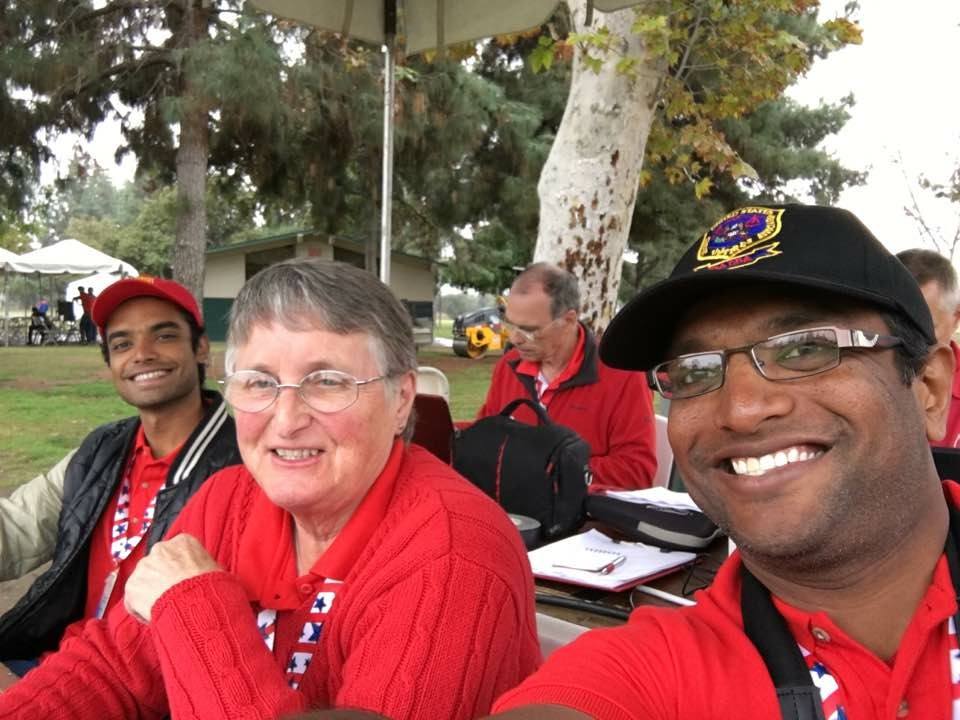 “LA’s fine, the sun shines most the time” wrote singer/songwriter Neil Diamond but I’m not sure that all of the Denmark squad would totally agree with that!

For those of you who have not been lucky enough to visit Los Angeles, it is a huge, sprawling metropolitan area – and there is traffic, traffic and yet more traffic. The 36 km journey from LA Airport to the hotel took some 1 hour 45 minutes – the 5 lane San Diego Freeway was totally clogged. The hotel itself is at the end of the runway of the small Van Nuys airport so can get quite noisy – and two beers in the bar cost $17.95! Add into the mix the fact that Halal food is a comparative rarity in LA – the nearest outlet to the hotel is some 7 km away – and some players in the Denmark, Oman, Italian and USA squads have real problems. You won’t be surprised to learn that Ole Roland is working very hard to overcome the difficulties for the DK squad.

The venue for ICC World Division 4 is the Leo Magnus Cricket Complex in Woodley Park which comprises four grounds alongside the San Diego Freeway in the Van Nuys district. From south to north, these are Severn Field, Wright Field, Wong Field and Marder Field – although Marder is only being used as a practice ground. The umpires are from Papua New Guinea, West Indies, New Zealand and UAE and include two ladies, Kathleen Cross (NZ) and Jacqueline Williams (Jamaica) and the Mentor Umpire is Gregory Brathwaite (WI). The ICC have accepted Cathy Rawson as the official Denmark scorer – so the red shirt she has been supplied with by the ICC to wear during matches will not be the Danish one! There is a meeting for tournament match officials at 16.00 this afternoon.

On the plus side, the squad completed a successful training session yesterday at Marder Field. Unlike the pitches encountered in Houston, Texas, for the two warm-up matches, which were slow and a bit soft, these had pace and bounce which Affi in particular found to his liking – dispatching the ball some long distances. The off pitch facilities do seem rather basic at present (no changing rooms, scoring positions, electricity supply or internet hotspot) but the ICC Events Manager, a real ‘can do’ guy, is confident that everything will be sorted out by the time the first matches start on Saturday. Unfortunately that will be around 18.00 Danish time and the matches are scheduled to finish in the early hours of the morning.

Physio Jacob Larsen and Assistant Coach, Nigel Pyne arrived at the hotel yesterday evening so now the squad is complete.

Weather wise, TV news is predicting some scattered rain showers today – remnants from Hurricane Seymour apparently – but hopefully that won’t interfere with the scheduled practice at midday. The long term forecast is for showers on Sunday morning so Duckworth Lewis Stern calculations might make an early appearance in the tournament; after that it should be sunshine all the way!

Providing the electricity and internet problems at the grounds are resolved, I will be providing a‘commentary’ (in English, I’m afraid!) on the Facebook page ‘Cricket – Det danske landshold’, and I will be pleased to reply to any questions. With any luck there may be some photos as well!