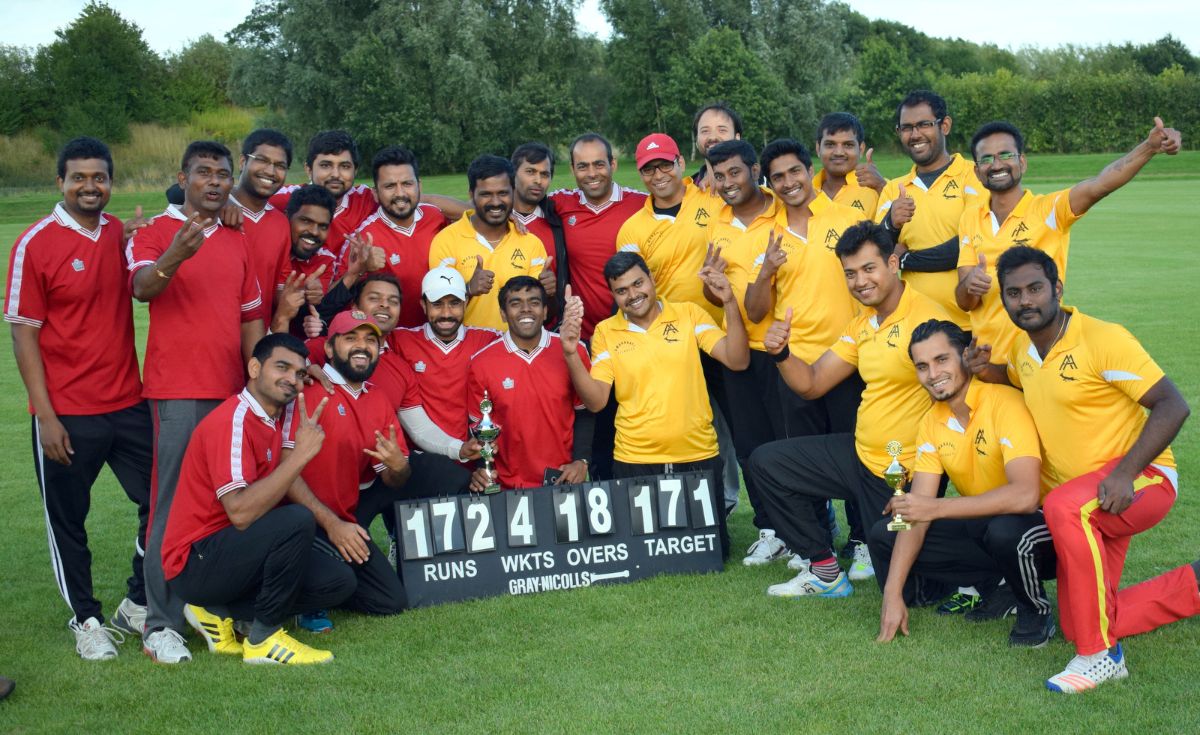 When the whole of July is reserved for holidays with hardly any competative games of cricket in Denmark, the sports event manager of a Indian cultural association called Denmark Telgu Association (DTA) and the chariman of Herlev Etnisk Sportsforening came up with triangular series to fill the void six years back. Every year 1 new team joined the tournment making the total tally to 10 teams this year in 2017 with one team coming all the way from Korsør also participated by travelling 3 weekends to Copenhagen. Thanks to Soranerne, CCC and Svanholm CC for facilitating by providing their ground to play.

The DTA-tournment is a big success for various reasons like some of the higher Danish league players wanted to continue to have match practice so they donot get rusty and try out risky shots that they would not play in a more formal game by just playing to their strength while some others played parallely with ametures to motivate amatures can improve their technique by playing along side them. But when many good players from higher Danish league were concentrated in one or two teams, results started to become one-sided and the interest among amatures started to fade. Then the tournment think-tank was forced to adapted IPL (Indian Premier League) model where only few players from Danish Cricket’s higher league were allowed per team so that all teams have equal chance to win. A good reminder is, in one of the pervious years a team scored 331 runs in one innings of a T20 game by two upper league danish cricket players scoring century each against ameture bowling.

This year 10 teams participated and initially played round robin group games followed by decider semi-finals and finals was played. ‘Team-ABCD’ won the Trophy lead by Santhosh Singam held on August 19th in Svanholm ground against team ‘Amaravti Avengers’ lead by Gautham. Team-ABCD were the under dogs in the begining of the tournment as they were members of ‘Active Badminton Club Denmark’ who mostly play indoor Badminton in Winter and play out-door Cricket in summer.

On the final game, ABCD bowled first and kept putting presure on the oponents by taking wickets at regular interval and allowing to score 171 for all-out with their 10th wicket falling of the last ball last-ball of the 20th over. Omi Shukla took 5 wickets while Ronaq took 3. The chase didnot go well with ABCD when the previous matches reliable openers fell cheap. Vasu and Vikarm made 3rd wicket partnership of 120 runs in par with the asking run-rate which was around 8.5 runs from the first over. Vikram, one of the best wicket keeper of the tournment scored a brilliant 73 which included 7 fours and 5 sixes. The tip of the day came  from an experienced player Rahul during the innings break who said ‘approach this high chasing score of 171 in the manner you would chase a 130 score game considering that we were playing in the smaller ground of Svanholm CC with fast out field.’ The team-ABCD won convinsingly without 6 wickets and 2 overs to spare